It is with great sadness we say goodbye to Audrey Delyla Heddle (nee Kleef), our mother, sister, aunt and friend. Audrey passed away July 31st, 2021, at the age of 91. Audrey, the daughter of the late Theodore Johannes Kleef and Vada Mary Kleef was born January 20, 1930, in McLeod, Alberta. The family lived for a while in Faust, AB before moving to the Kootenays when Audrey was still quite young. Audrey is the eldest daughter of five sisters and two brothers. The family enjoyed life on the farm at Willow Point for many years and Audrey always enjoyed the company of her siblings.

When Audrey was sixteen, she had part-time work picking fruit in the Heddle orchards. Her future husband, Fred Heddle, spotted her in a cherry tree and it was love at first sight. She and Fred were married in 1953. Audrey worked at the Willow Point Store, were she earned enough money to put herself through two years of hairdressing school in Vancouver. After graduation, she moved back to the Kootenays and worked at Thelma’s Hair Salon in Nelson.  Audrey and Fred started their family in 1955; they have four children: David, Randi, Christine, and Mark. While raising the children, Audrey continued her hairdressing from home as well as working at Willowhaven Residential Care Facility. In the early 70’s, Audrey became a hairdressing instructor at Selkirk College Nelson campus.  Ever wanting to learn, Audrey endeavored to continue her education and earned her Early Childhood Educator diploma at Selkirk College in 1981. Shortly afterwards she went to work for Nelson Health Dept., where she was an integral part of the development and creation of Broader Horizons Adult Day Program.

After retirement, Fred and Audrey enjoyed travelling. They RV’d across Canada twice and cruised to the Caribbean and Alaska. Audrey also took a trip to Turkey with her sister Janie.

Audrey and Fred always had a prolific home garden and she loved to go for a swim in beautiful Kootenay Lake at the end of the summer days. In the winter months she enjoyed cross country skiing, knitting/crocheting and immersing into as many books as she could fit in. She was a voracious reader.

Audrey and Fred were committed to the health and well-being of their community, being active members of St Andrew’s by The Lake Anglican church and the local school, A. I. Collinson Elementary.

Her beautiful life will forever be cherished in the lives of her children: David Heddle (Debra) of Kitimat BC, Randa Jensen (Chuck) of Nelson BC, Christine Rempel (Gordon) of Kaslo BC and Mark Heddle (Alison) of Calgary AB; her

Audrey was blessed with a wonderful dynamic life and her family would like to thank the staff at Jubilee Manor for the loving care that they gave Audrey for the past many years.

Click the Donate Online Now button below to pay with credit card via Paypal or send a cheque to Osprey Community Foundation and note Fred and Audrey Legacy Fund in the memo line. 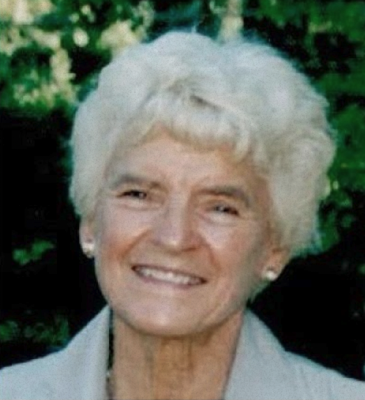