Earnings from the Ian Douglas Smith Memorial Fund provide bursaries to local students studying classical music. The recipients are chosen by the Nelson Music Festival Association on the recommendation of adjudicators at the Kootenay Festival of the Arts.

One of Ian’s greatest passions was music. He began taking violin lessons at five and continued these through secondary school and into university. He played in many local festivals and musical events. In Calgary, he became a member of the University of Calgary Orchestra, performed solo and in duets and trios and taught lessons. In recognition of his accomplishments as a violinist and the large part that music played in his life, the family established a memorial fund in his name. 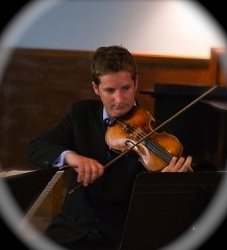