HISTORY
Ernie Gare came to Nelson in 1950 to play hockey for the Nelson Maple Leafs. He played until 1963 and later was a member of the Maple Leaf Executive. Ernie believed young people were our most important resource, and he dedicated his life to teaching them. What greater legacy could a person leave than the respect and admiration of the many people whose lives he touched? Ernie’s interest in education drew him to accept a job at Notre Dame University as Athletic Director. During Ernie’s tenure at Notre Dame, he maintained an interest in his own education, obtaining a Bachelor of Physical Education degree from Eastern Washington University, and later, his Master’s degree. But his greatest achievement at N.D.U. was the creation in 1964 of the first university athletic scholarships in Canada for hockey and skiing.

The talented Nelson Senior Maple Leafs and the Canadian National ski team — which won Olympic Gold in the 1968 Grenoble Winter Games — proved Ernie Gare’s strong belief that individuals could further their education through their athletic abilities.

For ten years, the scholarship programmes flourished under his guidance, graduating 65 athletes.

In 1982, following his death, a group of prominent citizens reinstated the Ernie Gare Scholarship Society to continue Ernie’s legacy of helping young athletes to continue their education. The Society branched out to award scholarships to School District #8 graduating students who have achieved high marks and participated in two sports. Junior hockey players combining hockey and schooling have also received scholarships. 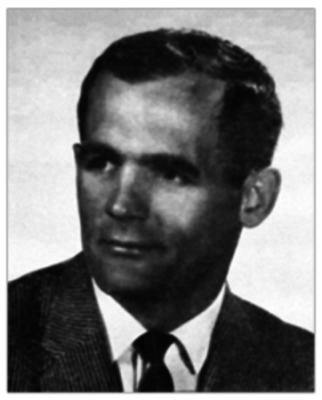 "The Ernie Gare Scholarship provided me with the opportunity to further my education and hockey career, meet my wife Ann, raise a family and establish a teaching career in Nelson. That the scholarship program continues to encourage our youth to pursue their dreams is testimonial of Ernie Gare’s vision of combining education and athletics."